Neil Gaiman’s latest novel, The Ocean at the End of the Lane, is about many things. It is about childhood and magic and knowing and secrets and remembering. It is a story, but it is also about stories. It is these things—all set in the landscape of Gaiman’s childhood—and something more:  a strange but familiar dance between sweetness and sorrow, revelation and obfuscation, the need to remember and the fate that eventually, we all forget.

When I first began to write I was told by a wise poet friend that it was okay and even necessary, to lie. “All storytellers lie,” he said, “We lie to tell the truth.”  I realized then, and again when reading The Ocean at the End of the Lane, that the most powerful truths must be wrapped carefully in lies or we would not survive knowing them.

Gaiman’s book is this kind of lie.

That is why, for only the second time in my life, I find myself unable to write a simple book review. I cannot parse the plot for you or analyze the prose or even tell you in any straightforward way about what The Ocean at the End of the Lane is about. Instead, I can only return a truth for a truth, a story for a story, a lie for a lie.

She was given a name, a role, and a set of rules. She was told that the name, the role and the rules were the only thing that mattered, the only things that were true. She learned to hide what she knew, and as she did, she became sullen and sad as her heart dried out and crumbled, bit by bit.

When her heart was still supple and whole, she could see that kind Mr. Shellabarger who lived next door was not just an old man who loved his garden. And his wife, Alice, was not just an old woman who stayed hidden in the house because a disease made her tremble, but was the very same Alice who once fell through the looking glass. The girl knew that the reason Mr. Shellabarger sprayed his apple trees with garlic rather than poison pesticides was that he did not want to hurt the March Hare or Cheshire Cat that occasionally sat in the big tree with the hole halfway between its roots and low branches.

When the girl’s father would complain that Mr. Shellabarger was making the whole neighborhood smell like an Italian restaurant with his backward ways and overgrown garden, she tried to explain that only magic could make the little grapes taste exactly like beads of honey and sunlight, but her words only made her father’s anger change course, aimed at the little girl instead.  She smelled the bitterness in his breath as he screamed that she was stupid and read too many books and didn’t know the difference between stories and lies. As his anger coldly coalesced, he promised to throw away all her books and never, ever allow her see the inside of a library again.

His anger and his promise lasted for two full weeks and by the time those two weeks had passed her heart was mud, cracked and parched from a terrible drought.  When she was allowed to return to books, she found that she had grown afraid of stories that helped her know true things, and instead read books about rocks and birds and girls who did not go down rabbit holes but wanted to wear pretty dresses and get properly married to please their fathers.

Her heart continued to crumble and it took many years of wishing to be someone else before she remembered that she could, indeed, become. Long after her father left and married the Red Queen (who was not the Queen of Hearts) she dared to begin to live her true life. And though she grew up to be a man whose heart was sometimes dry and dusty at the edges, he still reads books that remind him of being the little girl waiting to see a Cheshire smile in Mr. Shellabarger’s garden. 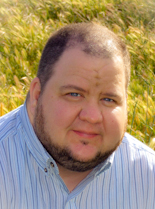